Initially all bystanders were told that no photos would be permitted. This rule was slightly waived at the last moment and these photos were hurriedly taken.

There was a big welcoming party of African Drumbeat dancers and Iron Man representatives to welcome the princes after a four-hour wait from 5 pm. The plane was at first expected to arrive at around 5.45 pm, but eventually landed at 9 pm.

The photos shared with St Francis Chronicle show the dancers and the one Bahrani prince, reported to be Sheikh Nasir bin Hamad al-Khalifa. Bystanders said the princes had an entourage of about 76 people, including body guards and 60 Bahranian people who were greeted by an impressive performance by the dancers. 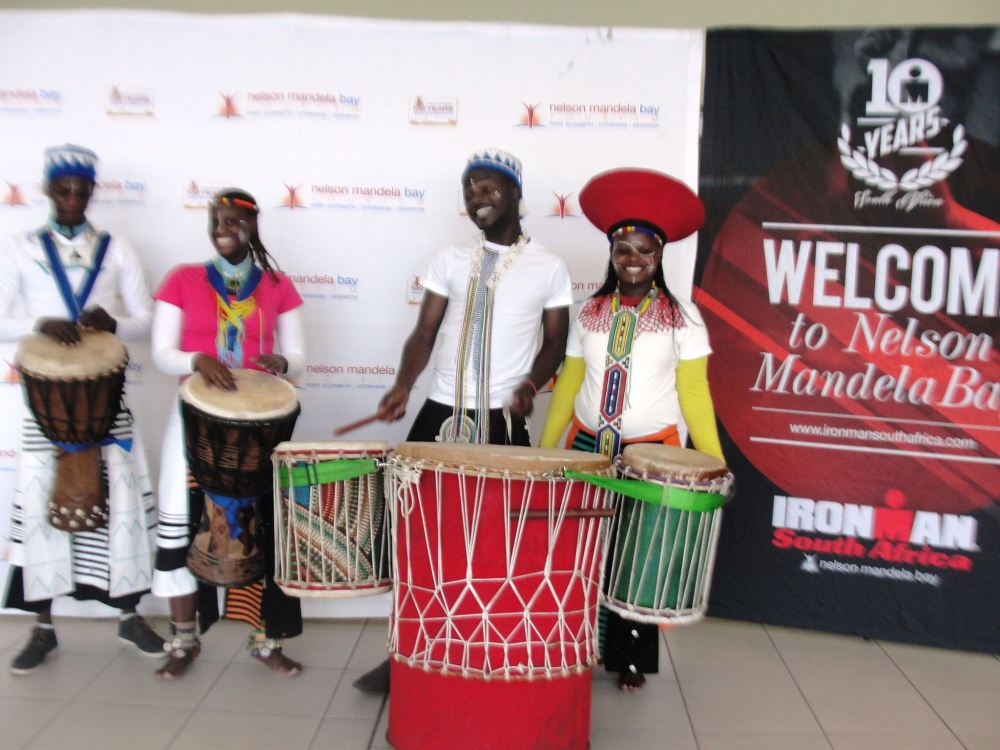 The Bahraini princes and their escorts walked directly from the plane to awaiting vehicles after being welcomed by Iron Man representatives and Keith Bowler.

It is is understood that different groups of athletic body guards will be undertaking the Iron Man along with the two princes on 6 April.