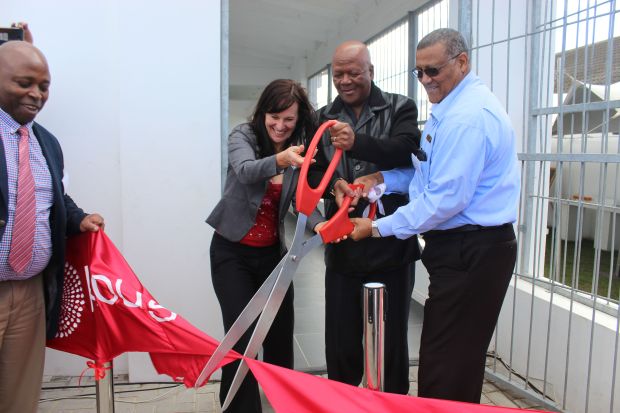 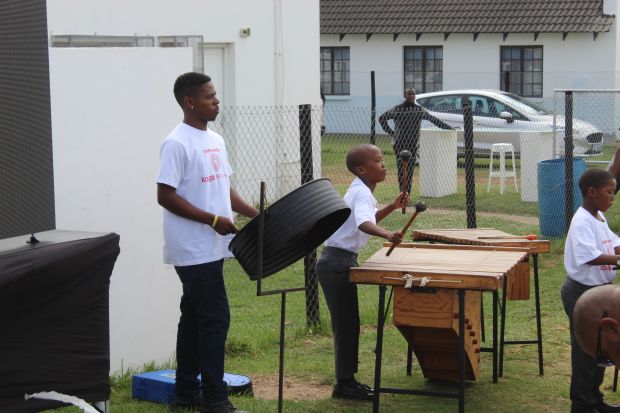 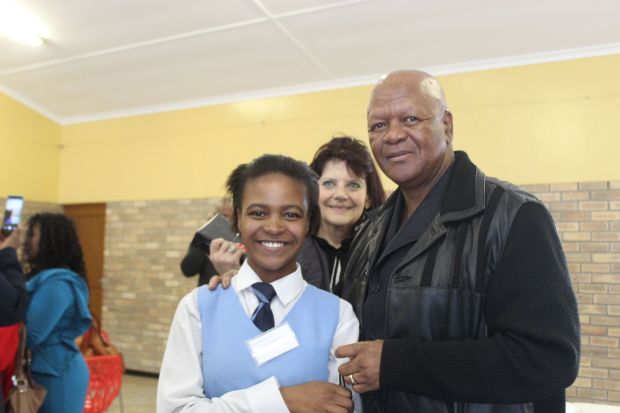 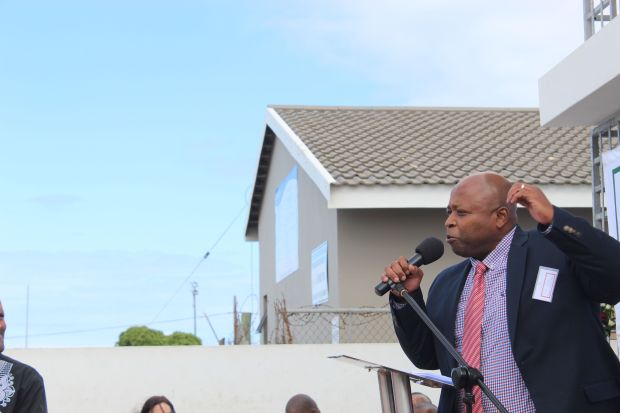 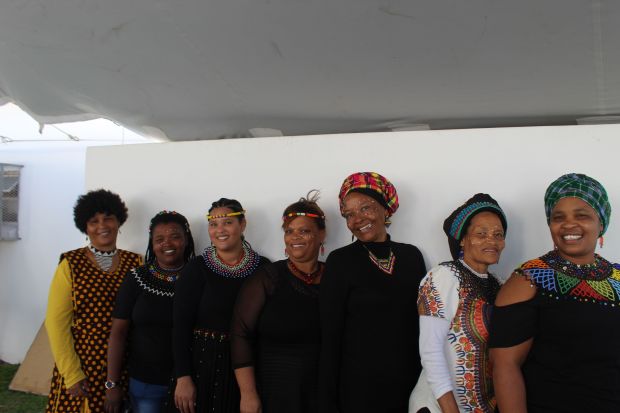 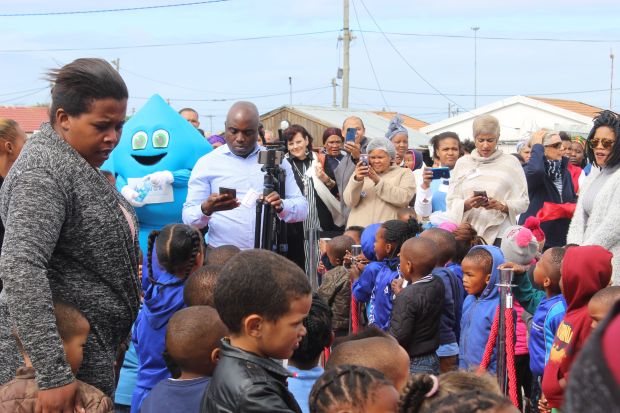 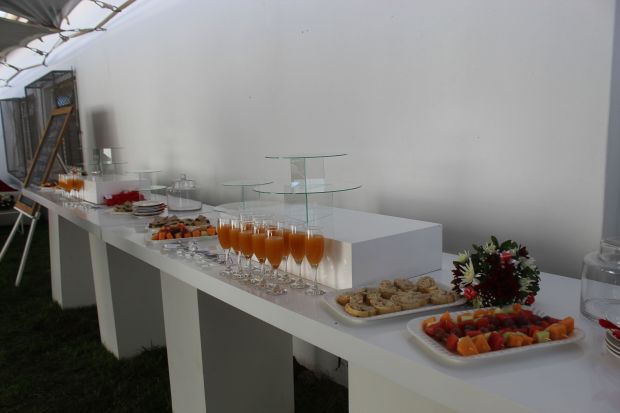 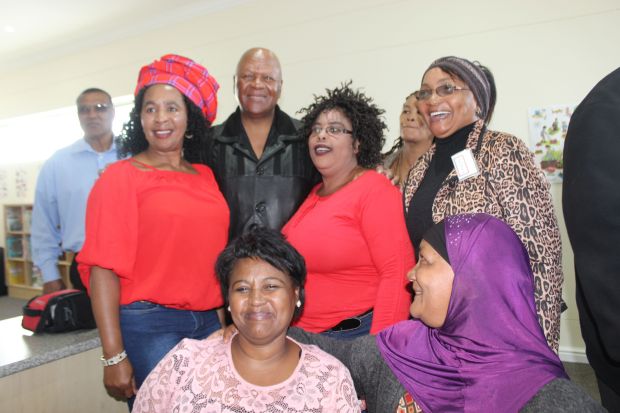 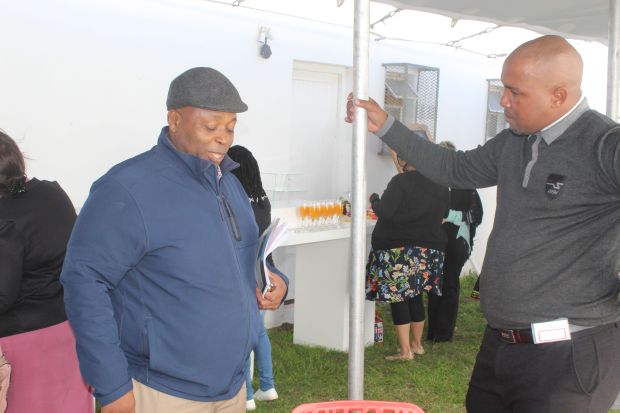 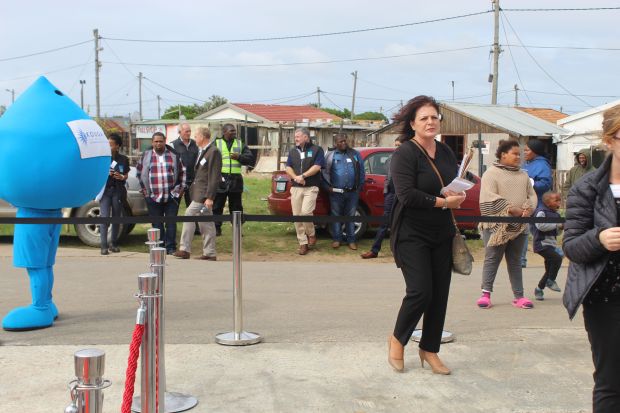 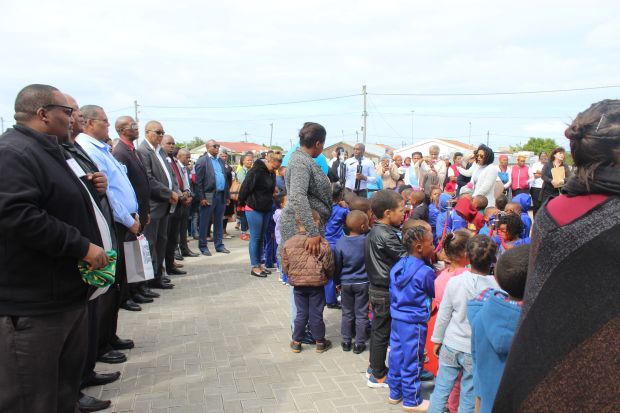 Energy Minister, Jeff Radebe, was faced with gales of wind on his arrival in St Francis, but the dreadful weather did not prevent the grand opening of the Sea Vista library by him on Tuesday this week.

Throngs of Sea Vista community members lined the street to watch the opening proceedings, held outside in front of them, of the R4-million library built by Kouga Wind Farm.  They  were so excited that  a SA government Ministers was coming to their neighborhood many said.

Sea Vista kindergarten school children lined the red carpet in front of the doors and seated guests to welcome Minister Radebe.  The Minister, accompanied by Wendy Parsons and Trevor Arosi, CEO and marketing manager of the Kouga Wind farm respectively, cut the traditional red ribbon with gigantic scissors and then with much jubilation the library was declared open.

In his prior address to guests, who included neighbouring wind farms personnel, stakeholders, Department of Energy, provincial and municipal representatives, plus initiators of the project, such as St Francis Rotary, Radebe spoke on the importance of education and renewables, saying the recent electricity crisis would have been far worse without renewables.  He told the community they were the protectors of the library, and their support and protection would help ensure future generations could benefit from this library.

After Radebe’s address, a local grade 10 school girl told the minister how thankful she was to now have a library in her neighbourhood where she could study. In spite of the chill and the wind, the event was well organised by Mandy Watson & her team and others. Complete story in the May edition of St Francis Chronicle at month end.