The name of the boat is Maredon which was on its maiden voyage with 16  people believed to have been on board. The boat is owned by Balobi.

At the scene of the boat which was upside down, a helicopter was flying repeatedly out to sea in search of survivors

While the NSRI and ambulance services were on hand to at the scene , one man emerged from the upside wreck and managed to get ashore. He was reportedly incoherent and believed to be suffering from hypothermia and was rushed to hospital.

The accident happened in the early hours of this morning before 8 am in stormy seas. 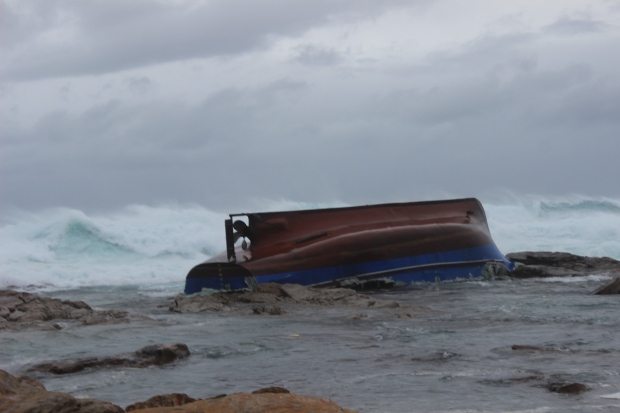 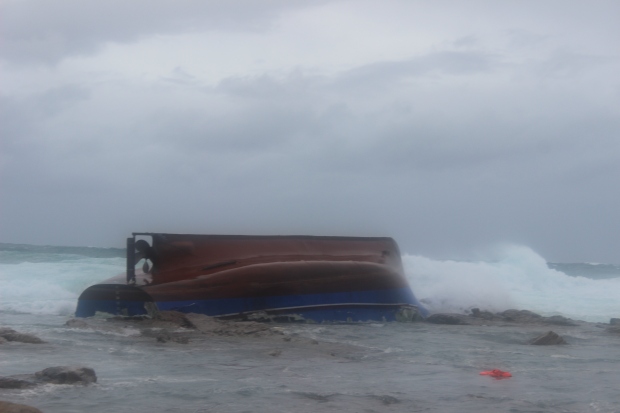 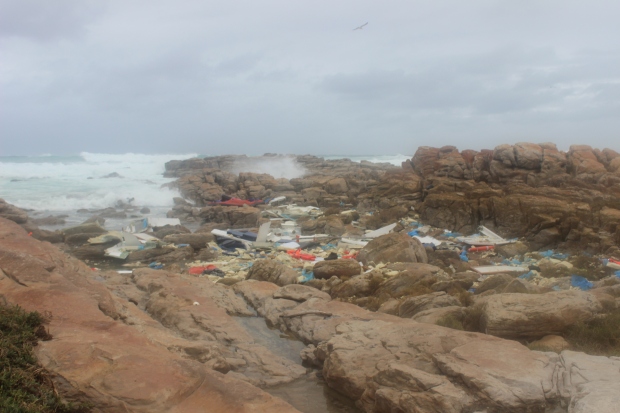 At the time of writing this, no one was available to comment to the press from Balobi .