If a nuclear plant is built Thyspunt Kouga people need to be ready and an estimated R5.5-billion worth of infrastructure needs to be in place to handle the anticipated influx of people.

This is according to Finney Jordaan, head of the Kouga Business Forum, who spoke on the forum’s views on the prospect of a nuclear site being built at Thyspunt.

The Kouga Business Forum believes in change for the better, he says. “It is for a nuclear power plant as long as the infrastructure needed is in place – so as to prevent chaos. “Having the infrastructure in place will be a catalyst for Kouga to be the best place to live!” Jordaan adds.

The Kouga Business Forum recently did an audit of all infrastructures in the Kouga region, Jordaan reveals. “If we get an influx of 20 000 workers here with their families, we will need extra funds for infrastructure to support the increased numbers of people. The auditing team costed everything and came to the figure of R5.5-billion.’

This figure is just to get the infrastructure in place to cope with all the people, Jordaan notes. “The audit team considered all infrastructure for development, such as shops, schools, clinics, hospitals, industries  – everything needed i to supply this influx of people. 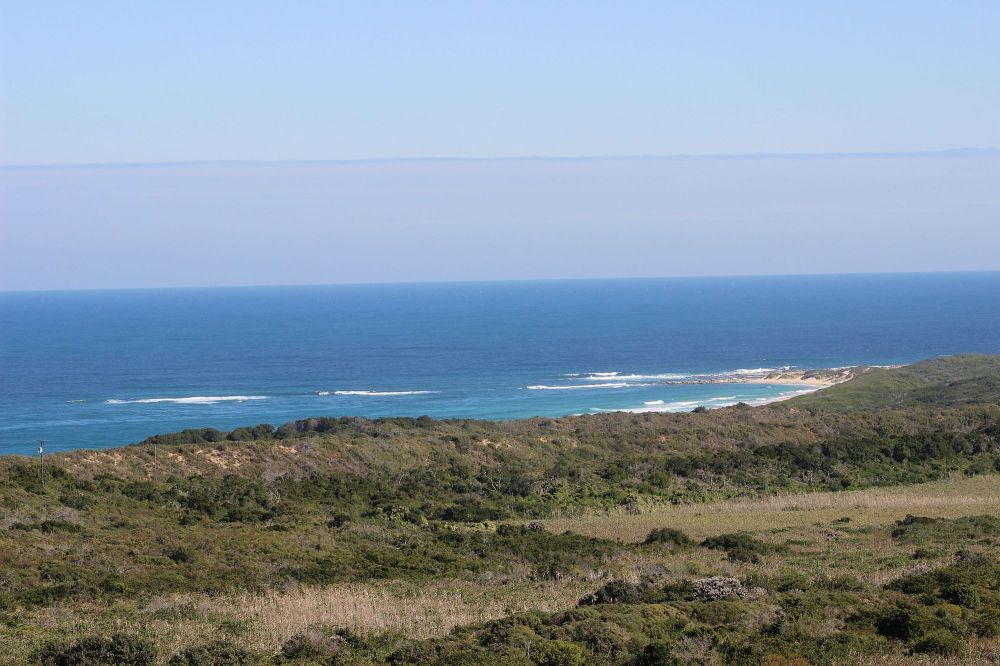 “Kouga Business Forum has as an interested party, filed an application that this amount should be set aside for funding as part of the ROD. “This shifts the responsibility direct to the developer (successful vendor) to first supply the funds to get the infrastructure built with those funds (that does not come out of any municipality or government funds).”

Jordaan is concerned that without proper planning, funding and timeous execution to build new infrastructure, all the commercial benefits of such a project would bring, will be overshadowed by the additional pressure on current infrastructure that the influx of people will bring. “This is why it is non-negotiable that the R5billion needed, is included in the ROD,” he says.

Kouga business people, Kouga Municipality and Eskom should sit around a table to discuss how to handle the infrastructure needed so as to start preparing for the influx of people expected, Jordaan urges.

Former chairperson of Kouga Business Forum, Frans van Eeden, last year also stated support for a nuclear power station as “it will bring development to the area” – – if we are ready with the infrastructure.
In addressing business people from the Kouga Business Forum at an event in Humansdorp, organised by van Eeden, *Dr Kelvin  Kemm a nuclear physicist and chairperson of NEC (Nuclear Energy Corporation) discussed the major business opportunities that would come about if a nuclear plant were to be built at Thyspunt.
“These range from road building, earthmoving and water provision to the welding and construction of pipe systems, electrical installations, and much more. The workforce flocking to the area would have to be housed, fed and entertained, so the business opportunities for catering, housing and entertainment would be terrific,” he said.

Meanwhile it appears progress on getting all the legal and financial arrangements in place for the formal start of the major new nuclear build are progressing in the halls and corridors of Pretoria.

Recently, the CEO of Eskom, Brian Molefe, announced that Eskom would be starting a new initiative to progress with the South African development of the Pebble Bed Modular Reactor.  Molefe said that decisions about power generation should be based not on feelings but on research, so that correct decisions are made.

Molefe announced an advanced collaboration with six South African universities to focus on research in the nuclear field.  He said that there are plans to extend the project beyond the initial six universities.  The financial commitment from Eskom, over five years, is R155-million.

Eskom’s Chief Nuclear Officer, David Nicholls, also pointed out that the cost of electricity from Koeberg nuclear power station is 20c/kWh which is no more than the cost of coal power.

Nicholls visited the Kouga region during the Eskom EIA public meetings held some months ago, in relation to the Thyspunt site being recommended as the first new nuclear power site.

Meantime, Dr Kemm has in the past two months visited Moscow and Paris as a guest of the Russian and French nuclear authorities.  He reports that links were consolidated and agreements for mutual collaboration were signed.

In March Dr Kemm was appointed to the position of chairman of Necsa.  In this position he has wide oversight over the entire nuclear development spectrum.

Photos taken at the Thyspunt site by Bev Mortimer ©