The premier division carries a 2A PST rating and McGillivray outclassed Cape Town’s Jordy Maree, Bevan Willis and 16-year-old goofyfooter Luke Malherbe to claim the title. McGillivray, fittingly, rode the last wave of the event putting together a consummate performance of smooth power surfing and progressive aerial manoeuvres for a score of 8.83 (out of a possible 10) to back-up his 8.43 from earlier in the final. His score of total of 17.26 (out of a possible 20) was the second highest total heat score of the event. The highest was his semi final score of 18.00, which included a 9.50. 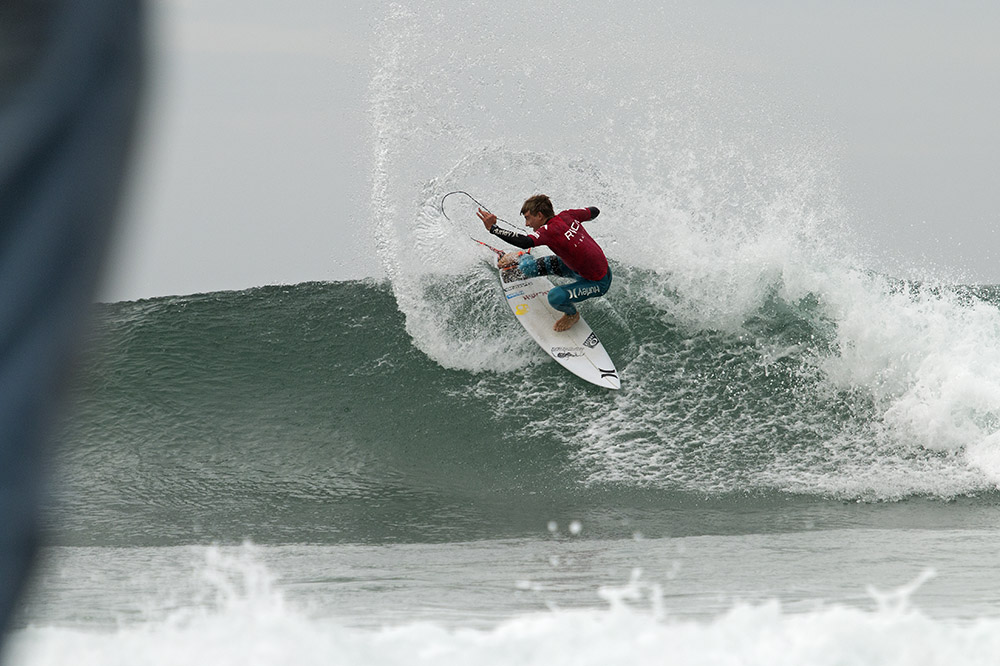 Matt McGillivray in winning form in the U20 Boys division ©LukePattersonImagery

“I did think I might have peaked in my semi final but I was hoping to keep it up in the final,” said an elated McGillivray after the event. “So I just focussed on my wave selection to get the right waves which would offer the big scoring potential,” he said. “Local knowledge helped for sure. I tried to hustle and get on the inside and on the high tide the waves run a bit faster along the shelf,” he said.

If McGillivray was the big story of the day, then the tale of the event was optimised by Luke Malherbe, who got knocked out of his own division (U16) but made the final of a division above (U20 Boys). The likes of Ford van Jaarsveldt, Joshe Faulkner, Sebastian Williams, Danica Stockigt, Olivia Izzard and Kai Woolf competed (and performed) in divisions above their own. 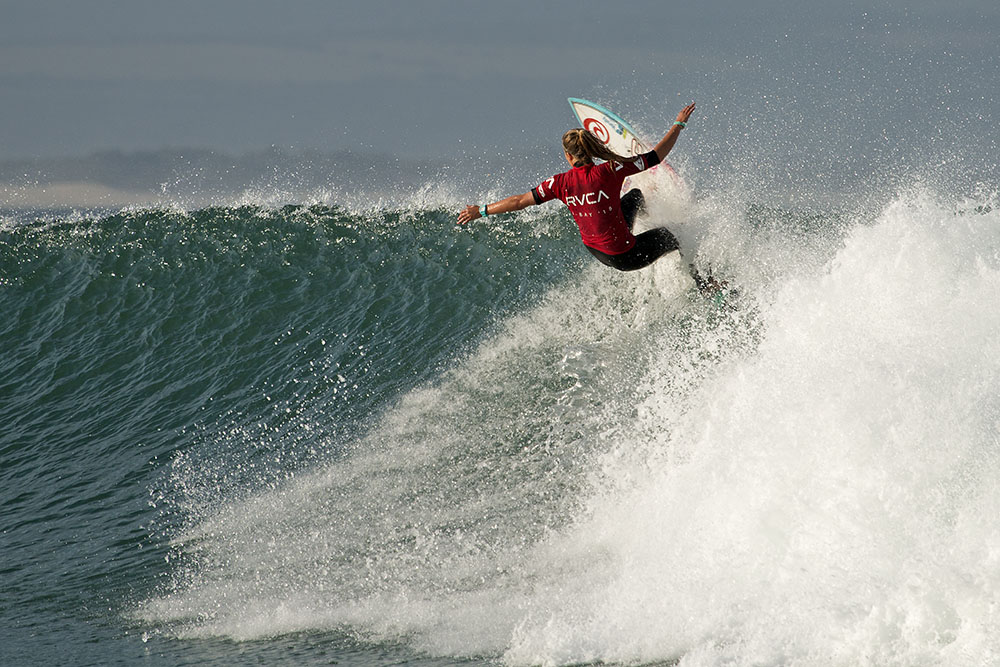 Strand’s Adin Masencamp prevailed in the U16 Boys, scoring a 7.03 in the dying seconds of what was a nail-biting affair. “I kind of just had to go on that last wave. I held back on my first few turns just to get something in the bank and then worked it all the way to the end. So stoked right now.”

Local knowledge shone in the U16 Girls, where Kai Woolf was unmatched throughout the event; and in the U14 Boys where Ryan Lightfoot lead from start to finish for a heat total of 15.93 (out of a possible 20). “So stoked to win in my backyard,” he said afterward.

A nail-biter of an U12 Boys final was Mitch Du Preez getting a 7.4. in the dying seconds to take the win from 10-year old Daniel Emslie who had an impressive 8.83 in the bank.

The U10 Boys final was completed on Saturday and it was Kyra Bennie who took out the win.

There were a few special awards on offer from various other sponsors:

Most progressive surfing during the event: Matt McGillivray (Firewire Surfboard)

Most impressive male surfer throughout the event: Luke Malherbe (flight and accommodation for two people to JBay, from JBay Travel and African Perfection).