South Africa’s top young surfers will be flocking to  Jeffreys Bay next month to compete for prestigious team and individual national titles in the annual Hurley SA Junior Champs. 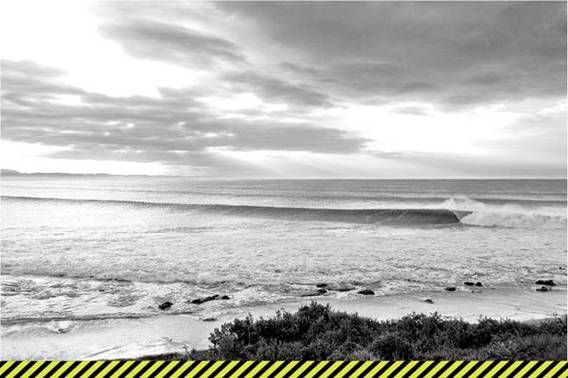 The perfect waves at Jeffreys Bay will host the Hurley SA Junior Champs for the first time in the 16 year history of the event from 3-7 October 2012. Photo: Hurley

And some of Eastern Province’s top surfers will be there, including 2011 finalists Tahra Uhren, Kai Woolf, Matt McGillivray (U15 boys) and Jose Faulkner (U13 boys), but they face strong challenges from the defending champions and the likes of McGillivray’s SA national teammates Benji Brand and Max Armstrong (both WP), Steffen Burrows (Boland), Nicole Pallet (KZNC) and Chanelle Botha (SKZN).

Scheduled for 3-7 October, this premier Surfing South Africa (SSA) event features the best 17-and-under surfers selected by respective provincial associations. It will be staged at the high performance surf break known as The Point for the first time in its 16 year history.

Competitors from defending team champions Western Province and the hosts, Eastern Province, will be joined by squads from KZN Central, Southern KZN, Border, Boland, Zululand, Southern Cape and the SA Development Academy in bid to win the Freedom Cup and SA titles in Under 17, U15 and U13 categories for boys and girls.

WP will be determined to repeat its domination after a narrow second successive team victory in Durban last year. Josh Smit (KZN Central), Adin Masencamp (Boland) and Kai Woolf (EP) will be back to defend their U17 boys, U13 boys and U13 girls’ titles respectively while new champions will be crowned the other three of the six individual divisions.

Last year’s U17 girls’ champion Sarah Baum (KZNC) is now competing on the World Tour and U15 boys and girls’ champions, Max Armstrong (WP) and Tahra Uren (EP), have moved up to the U17 division leaving the way clear for the top contenders to stake their claim for a place in the annals of South African surfing history.

“Junior surfing is what drives the future of South Africa’s next crop of great surfers and the dream of adding to the pool of World Champion from our shores,” says Jevon le Roux, MD of Hurley SA. “Hurley is proud to be associated with Surfing South Africa’s Junior champs as the kids are an inspiration to us. We look forward to them showing up and blowing up at J-Bay in October.”

In addition to the national titles at stake, winners will also be crowned for the Citroën Surfer of the Contest, All Aboard Travel Highest Heat Score, Zigzag Blowing Up Award, the Red Bull AirShow and the Skullcandy Best Team Trophy, which is awarded to the provincial team that displays the best team spirit throughout the event.

The 2012 Hurley SA Junior Champs is supported by Citroën, Skullcandy, Red Bull, Zigzag and All Aboard Travel.

Category : Uncategorized
Tags : but they face strong challenges from the defending champions and the likes of McGillivray’s SA national teammates Benji Brand and Max Armstrong (both WP), including 2011 finalists Tahra Uhren, Kai Woolf, Matt McGillivray (U15 boys) and Jose Faulkner (U13 boys), Nicole Pallet (KZNC) and Chanelle Botha (SKZN)., South Africa's top young surfers will be flocking to Jeffreys Bay next month to compete for prestigious team and individual national titles in the annual Hurley SA Junior Champs. And some of Eastern P, Steffen Burrows (Boland)