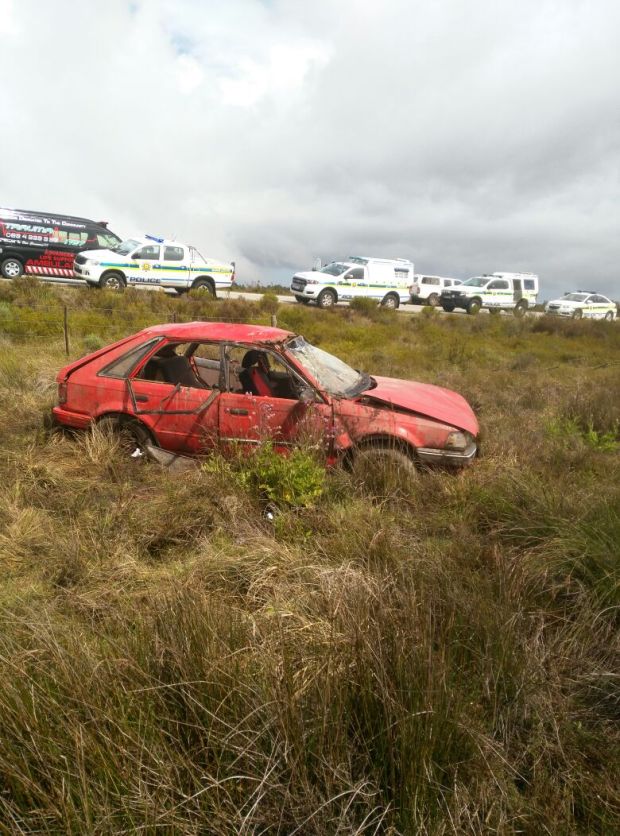 Two of four suspects who stole a car outside a doctor’s surgery in Humansdorp are critically injured and under armed guard in Humansdorp.

Another uninjured suspect was arrested at the scene of the crash and the driver who ran away was later also arrested near Sea View, Port Elizabeth.
Police said at noon on 22 September a red Mazda Sting was allegedly stolen outside a doctor’s surgery in Jacob Street, Humansdorp. After all surrounding police stations and their manned vehicles were alerted, some police officers spotted the stolen car on the N2 heading towards Port Elizabeth,
A chase ensued after the driver failed to stop. As the car neared the St Albans off ramp the driver lost control and the car rolled.
The driver fled into the surrounding bushes. A manhunt was launched and police combed the area before finding and arresting the driver near Seaview Road, Port Elizabeth.
The other two suspects were taken to Humansdorp and are due to appear in the Magistrate’s Court on charges of theft of a motor vehicle and possible other charges.

Category : Uncategorized
Tags : and every day 2224/7 - Monday to Sunday., St Francisw Chronicle for all news on St Francis, Stolen car from Humansdorp rolls in high speed police chase, today, Two of four suspects who stole a car outside a doctor’s surgery in Humansdorp are critically injured and under armed guard in Humansdorp.