A Bush buck trapped in the Kowie River was rescued by the NSRI Port Alfred today, 6 November. 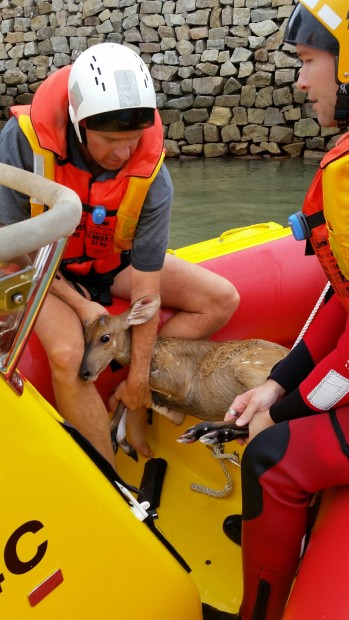 And soon after releasing him in the wild, the sea rescue volunteers were able to rescue a young, badly wounded man, crying for help at the river bank.

Stephen Slade, NSRI Port Alfred deputy station commander, said at 8.08 am NSRI Port Alfred duty crew were activated following reports of a Bush buck seemingly trapped in the water between the Canal and the Marina, on the Kowie River.

Marina Security investigated after the buck was sighted. The buck, a juvenile ram, was trying to ascend the steep slope to get out of the water.

Attempts were made to reach conservationists and an NSRI volunteer, familiar with animals, was concerned for the buck’s safety. The volunteers decided to secure the buck as quickly as possible and release it upstream in the wild and out of danger.

The volunteers covered the buck in blankets to reduce anxiety, loaded it onto the sea rescue craft Rescue 11 Alpha and took it up the river where it was released onto land and ran off confidently. 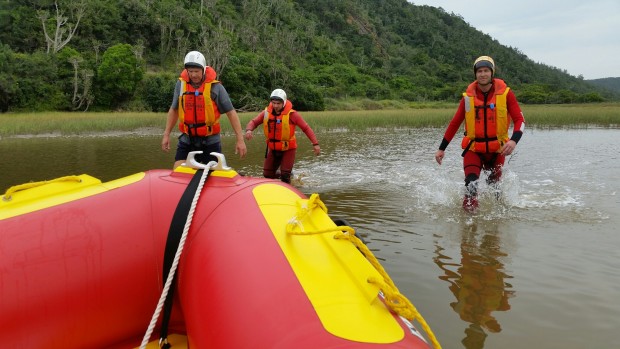 While returning to base, about 3km upstream on the Kowie River, the volunteers found a young man of 24 on the river bank calling for help.  The man apparently suffered multiple injuries from being assaulted by a group of men the previous night. The victim had escaped by swimming across the river.

He was taken aboard the sea rescue craft and treated by NSRI medics. At the NSRI rescue base he was met by police and an ambulance that took him to hospital

The SAPS are investigating a case of assault.