A perfect three to four-foot groundswell greeted the the U20 Pro Junior Boys division, the first to hit the water today at Cape St Francis on Day 1 of the Billabong Junior Series Grand Finale.

Dylan Lightfoot leads the rankings after second place finishes in the first two events of this series, and Shane Sykes is the defending event champion. Both natural-footed surfers, Shane and Dylan have proven themselves on the right-hand point-break, and both are gearing up for a possible finals berth. 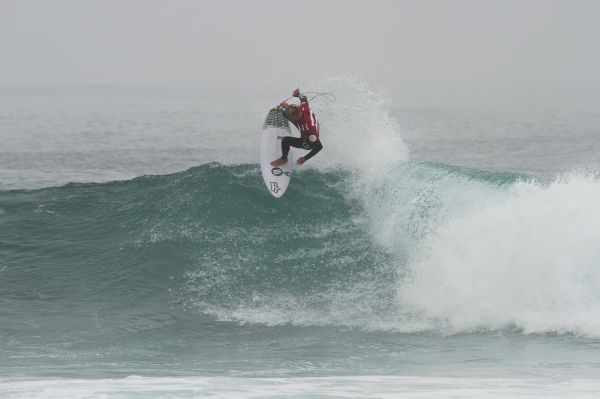 This WSL Junior Qualifying Series (JQS) 1,000 rated event offers prizes of R20 000 for men and R10 000 for women plus points that count towards the WSL Africa Junior titles and the selection of the Africa regional squad for the WSL Junior Championships in January 2016.

Heats were run simultaneously on the beach break. The Seal Point beach break had some fun three-foot peaks on offer.

The U12 Boys were the first outand showed the judges the scoring potential of the left and right-peaks. Mitch Du Preez from East London, Christian Venter from Melkbos and James Ribbink from Durban were standouts, all winning their respective heats. Yopung James Ribbink pu on a good display, scoring a heat total of 17.8 out of a possible 20 points.

With excellent waves continuing to pour down the point, the action continued, all the way through to the late afternoon. A long day of high action resulted in the completion of U16 Boys round of 32, and a total of 40 heats were surfed. 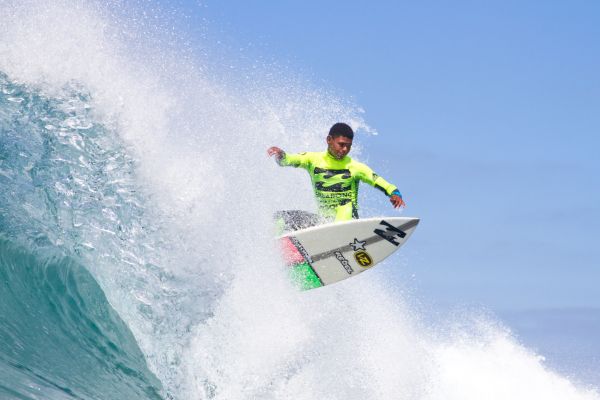 Angelo Faulkner was victorious in his U16 heat @Ian Thurtell

The action will continue tomorrow with another full day of surfing at Seal Point. The competition will get off to an early start again, with good waves forecast for the entire day.