Seal Point is gearing up for the final event in the Billabong Junior Series presented by BOS, set to take place at the perfect right-hand point-break that is Seal Point from 25 – 27 September.

The event is the second contest in the series as well as the series finale, so there will be event winners and series winners at the end of this tournament.

In the U12 boys it’s Nathan Spalding from Gillits and Christian Venter from Melkbos out in front, after their great performances in JBay. Mitch Du Preez from East London is another surfer who will be a name to watch in this division, as well as James Ribbink from Durban. 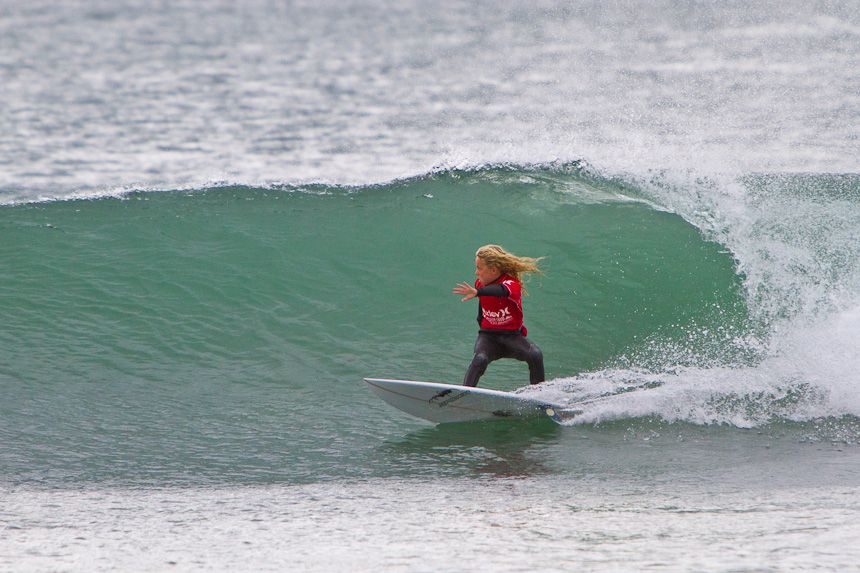 Kai Woolf will be missed

Kai Woolf was the winner in the U14 Girls as well as the U16 Girls divisions in the first contest held at Magnatubes, but will not be here for the contest at Seal Point. Her absence leaves both divisions wide open. In the U14 Girls Gabi Lailvaux from Westbrook as well as Kelly Medley from PE could step up, while in the U16 Girls Dvision local surfer Kirsty McGillivray from JBay and Anna Jellema Butler from Kalk Bay could be in line for a big series result.

The U14 Boys division is a fiercely contested division with Angelo Faulkner the favourite for the series win. Max Elkington from Kommetjie has been on form recently and could easily surge into the lead spot, while Eli Beukes from Kommetjie has shown massive improvement of late and is also a dangerman in this division.

Sebastian Williams from JBay has the lead spot in the U16 Boys division after winning the first event at Magnatubes, and he is ahead of Ford Van Jaarsveldt from Kommetjie and the talented Luke Malherbe from East London.

The U20 Girls division is a close race between Nicolle Pallete from Durban and Olivia Brand also from Durban, while in the U20 Boys division local JBay Surfer Dylan Lightfoot, who placed second to American surfer Eithan Osborne in the first event, holds a comfortable lead in the series.

“The last contest in a series is always exciting, and Seal Point always provides good waves for our event,” said Billabong South Africa Marketing Manager Chad D’Arcy. “The Billabong Junior Series presented by BOS continues the junior surfing legacy that Billabong has grown in South Africa since 1997, and we will continue to nurture junior surfing going forward.”

Photos from our files