The long awaited Revised Draft EIR (Environmental Impact Assessment) Vs 2  for the proposed Nuclear-1 Nuclear Power Station (NPS) at Thyspunt will be availble for public comment towards February 2015.

This was announced by the publication office of Gibb, the consultants iro of Thyspunt to Eskom. 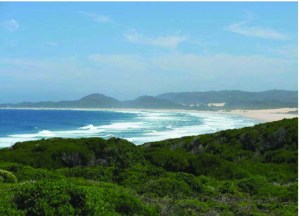 “Substantive changes have been made to the Revised Draft EIR and some specialist studies in response to the DEA and public comments,” Gibb said in a letter to all interested and affected parties (I&APs) today, 31 October 2014.

The letter also pointed out that a Revised Draft Environmental Impact Report (EIR) dated 26 April 2011 was provided to the public and the Department of Environmental Affairs (DEA) for comment.  All registered I&Aps were notified via letters of the Revised Draft EIR’s availability at twenty four (24) public venues during the comment period (09 May to 7 August 2011). Public meetings were held from 23 May to 02 June 2011. Feedback was received on the Revised Draft EIR from the DEA in January 2013.

“Gibb would like to express its sincere appreciation to all registered Interested and Affected Parties (I&AP’s) for their continued participation in the EIA process for the proposed Nuclear-1 power station and associated infrastructure.”