Invited members of the Eastern Cape media and Councillors of the Nelson Mandela Bay Municipality, including the Executive Mayor, Benson Fihla,  were taken on tour of windy Port Elizabeth in honour of the visit  to the city by world renown human rights’ activist, Reverend Jesse Jacksonn from Chicago in the US. 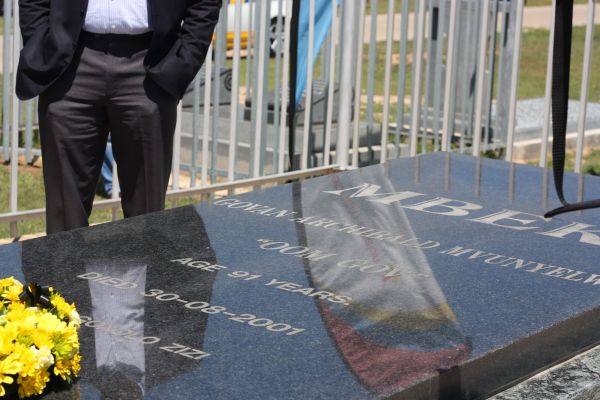 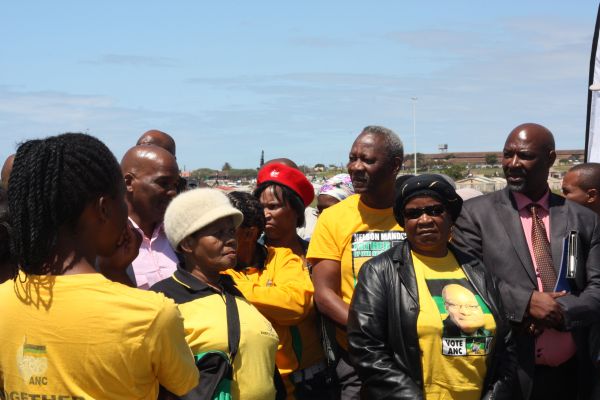 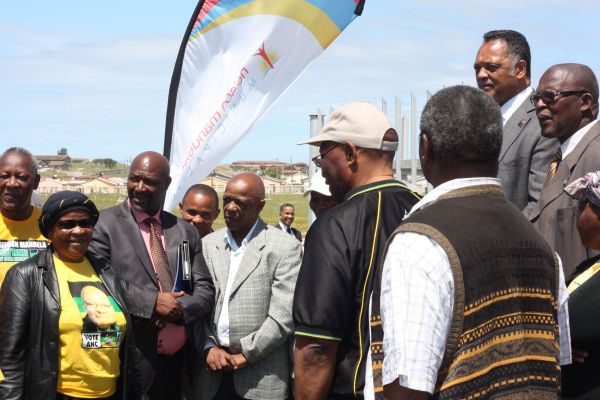 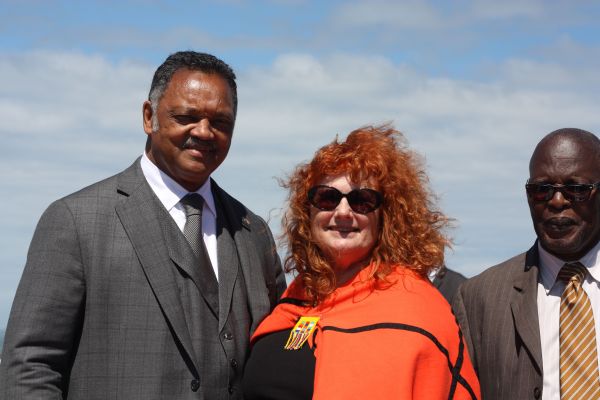 Jackson is in the city to deliver a keynote address at  the Govan Mbeki Memorial Lecture tomorrow night (21 October).  This is Jackson’s second visit to the city – he first came to PE in 1979 . He also visited South Africa in 1984 and  was also in the country for Nelson Mandela’s inauguration.

The lecture will be at the Feather Market Convention Centre in  Nelson Mandela Bay Municipality on 21 October .  Jackson, who is founder and president of Rainbow/PUSH Coalition, is an internationally acclaimed politician who twice stood for the US Presidential elections and who was friends with and worked for Martin Luther King.

Jackson was accompanied by five members  of his coalition, including two personal photographers.

He visited a number of heritage/memorial sites as well graves of Rivonia Trialists, Govan Mbeki and Raymond Mhlaba, in Zwide. Other places visited were the Nelson Mandela Metropolitan University, the Donkin reserve, the Little Theatre and parts of the inner city renovation project, Route 67.

Jackson is a tall, imposing figure, friendly and affable with  an amazing ability to attract audiences wherever he goes. He commanded respect and in a softly spoken voice drew people in to listen to what he had to say and got them to repeat important phrases he wished to emphasise. He also prayed aloud with the crowd at the cemetery and every second sentence was one of ‘thanks’.  Jackson also took great interest in everything he was shown today.

The tour was well organised  by the Municipality’s Publicity department. Everyone was treated to delicious snacks over lunch at the Little Theatre.

Category : Uncategorized
Tags : Benson Fihla, including the Executive Mayor, Invited members of the Eastern Cape media and Councillors of the Nelson Mandela Bay Municipality, Reverend Jesse jackson 's tour round PE in pictures, Reverend Jesse Jacksonn from Chicago in the US., were taken on tour of windy Port Elizabeth in honour of the visit to the city by world renown human rights' activist