A group of around 100 angry Sea Vista residents gathered in Homestead Road, St Francis bay,  this afternoon and sat on the grass verges on the corner of the R330.

They were waiting for other comrades who had been arrested this morning and then would decide if they would march again today, they said.  The general mood was angry and defiant and some said they were frustrated and despondent. 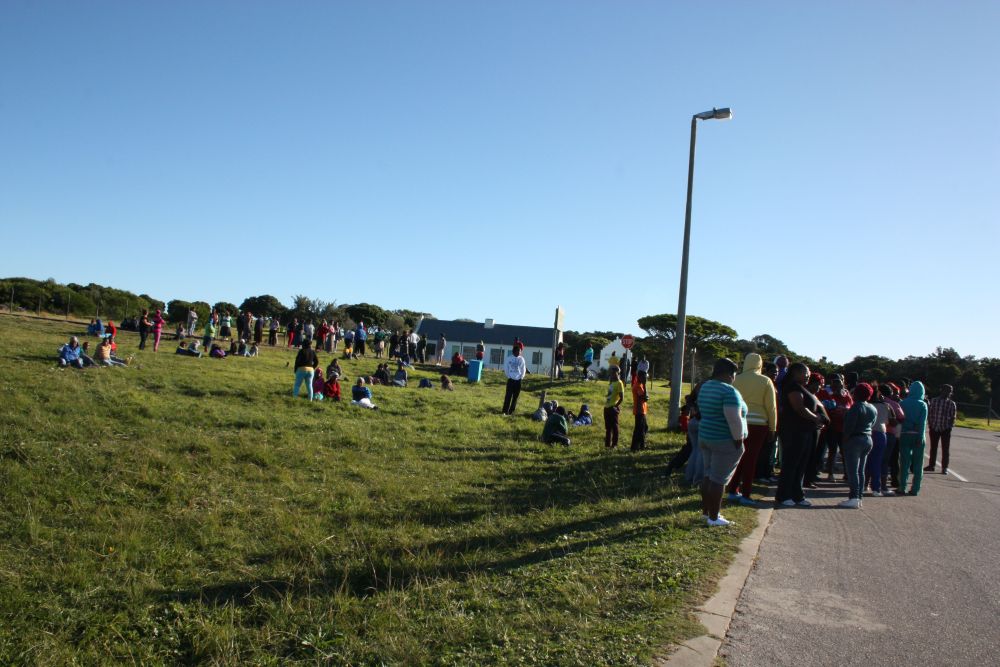 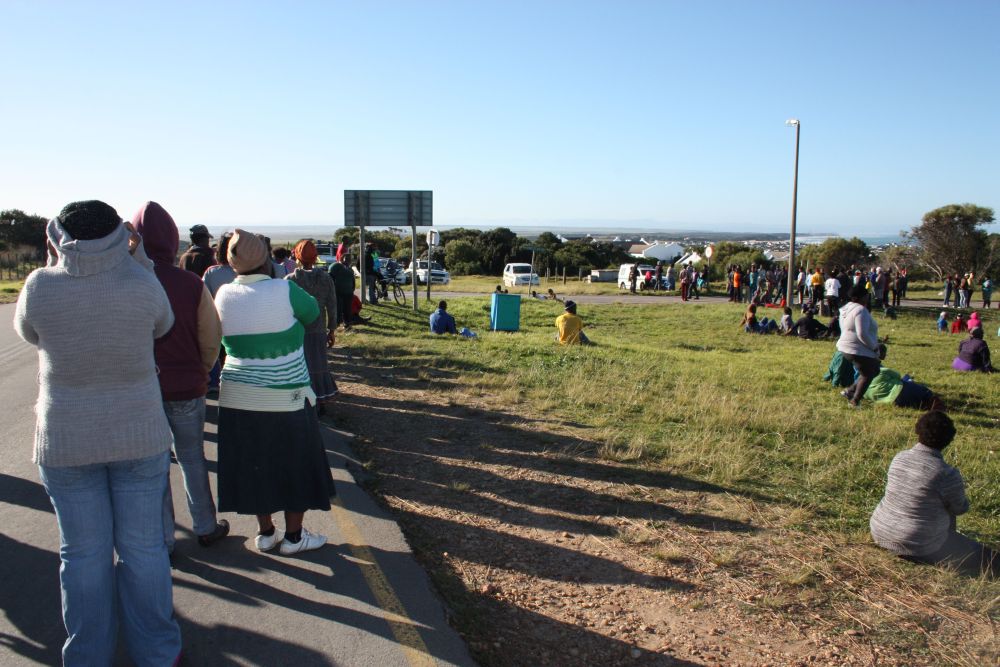 The gathering was after the marchers had been chased of the R330 by stun grenades thrown by the SAP in order to disperse them this morning. They had started burning fires since 5.30 am and blockaded the R330 refusing to allow any vehicles in our out of St Francis Bay.

They marched because of several grievances. See previous article this am:

There was a big police presence and even a Cassipir . The police remained in their vehicles – about 4-6 cops per vehicle and just sat and monitored the situation.

After a wait of more than an hour the other comrades arrived after being released on bail  and there was a quick meeting in the middle of Homestead Road.

The upshot was that they have decided to hold another meeting in Sea Vista and plan another march.