Read all about the Nautical festival in St Francis from tomorrow 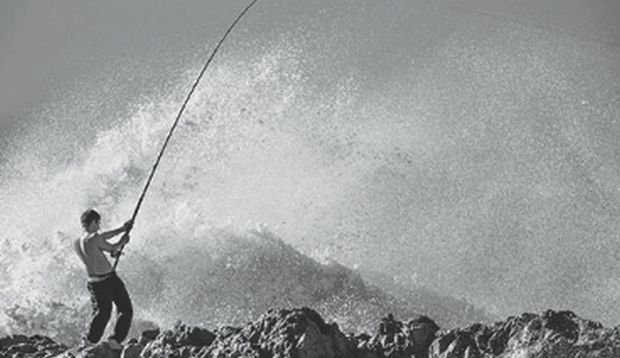 Excitement is starting to gear up for the first-ever Nautical Capital Festival hosted by St Francis Tourism in St Francis Bay.
From  tomorrow, 26 Apriln until 3 May the lamp posts will be decorated with blue and white.The opening festivities are at the harbour on 26 April where there will be a host of activities. Over the next week various nautical themed activities will occur elsewhere around St Francis hosted by some participating St Francis businesses.
Though it’s still early days and more events are likely to be added to the provisional program (see page 12) there are several events already planned. The main highlights are St Francis Bay’s first ‘Concert in the Park’ on 3 May (see details p2), the SA Longboard Championships at Cape St Francis with activities at the CSF Resort, a beer tent, a surfski race, a fish braai at Olive Tree, an open water mile long swim by swimming fundi Brenton Williams, and not least Trattoria’s fun shipwreck party to tempt visitors and locals alike.
There will be events for the whole family with plenty to do for children now that St Francis has its own children’s funfair behind the fire station. Other nautical highlights will be an NSRI demo, a Miss St Francis beauty pageant and live music sponsored by Harcourts Estate agency in the beer tent from late afternoon.
In the evening there will be meals sold by three restaurants including the upmarket Chez Patrick restaurant. The restaurants will be cooking up a storm on Squid Square alongside the beer tent for all who wish for something to eat while listening to the live music.
For those visiting the Port during the day on 26 April there will be calamari tastings done by the same restaurants, each using their own technics and specialities. The restaurants will be serving up their own ‘green dish’ specialities. Chez Patrick and others will also be open during normal business hours.
The fishing competition runs over two days and offers prizes for lucky anglers on the river or at sea, or light tackle, spear, rock and surf angling. All ages can participate. The weigh-ins are from 4 pm onwards.
Other sporting events include a jetski run with the route being decided on the day, a beach walk or run from Port St Francis though Cape St Francis and back with part of the proceeds going to Sanccob that looks after rescued penguins at Cape St Francis. Some rehabilitated penguins will be released back into the Indian Ocean that day.
There will also be boat cruises – either at the port or on the canals or river; the latter are offered every day by Brisan on the Canals that has a lovely boat, ideal for those lazy, long cruises and sundowners. Little Venice Adventures is one of several boat owners offering deep sea cruises.
There will be a kids zone on opening day at the Port and a kids fishing competition. Every day of the week long festivities there will be fun for kids at the kids’ playground and funfair run by Little Venice Adventures at the boatyard behind the Fire station on St Francis Drive. Responsible kids over the age of 13 can be dropped off there to enjoy go karts, volley ball, croquet and other amusements at the funfair while parents can relax, go shopping or enjoy other pursuits.
For the first time a surfski challenge will start and finish at the Port at 11:30 on 26 April. Paddlers will have a slow start around the jetties, before they proceed on a route in the Bay.
And another great highlight for sports enthusiasts is that butterfly master swimmer, Brenton Williams from JBay will start an Open Water Swim in Cape St Francis to reach the Port in time for the Port St Francis Mile. Other distances are 200m, 400m, 800m and 1,6km (a Mile) around the jetties.
Another big attraction for spectators is bound to be the Surfboard Challenge with Leonard Payne while SUPs and kayaks can be tested out at the port. For those who prefer non aquatic sporting events, there are golf specials from the St Francis Links for the duration of the festival.
A cherry on the top is bound to be the Legends Concert in the Park which is offering live music shows on the last day of the festival on 3 May, next to the bowling green. Several music acts have been lined up already… (see concert advert on p10). And to feed the their stalls open and stocked with plenty of yummy dishes so patrons can have picnics while enjoying the concert.
For anyone wanting to add an event or want more information about any event, please contact Esti Stewart on
073 825 0835.