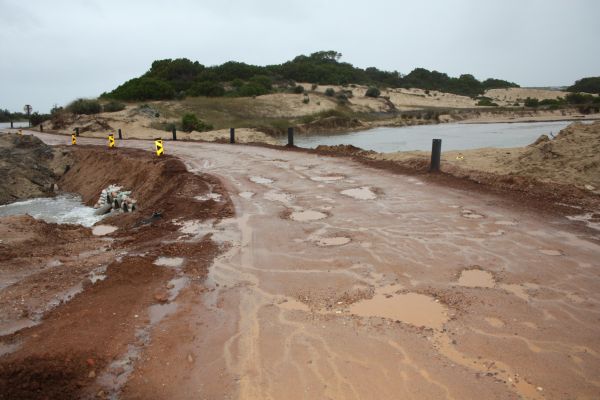 Potholes on the Sand River bridge 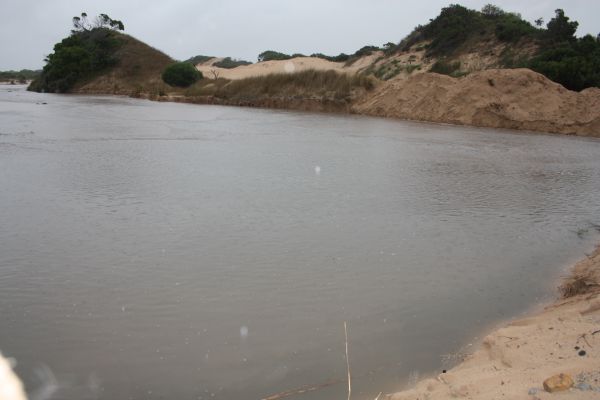 The Sand River on the Links side. 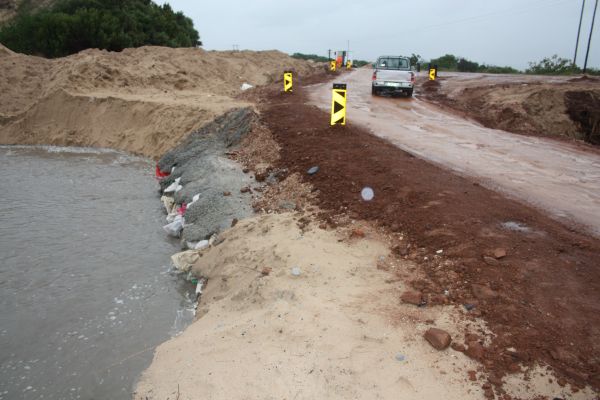 The bridge wall on the Links side.

A visit to the Sand River bridge at 4.15 pm today  after continous rain throughout the day during which an estimated 29 mm has fallen, the temporary bridge built over the Sand River – St Francis’ only exit route – is holding well.

However, there are several potholes filled with muddy water that give the impression that the road is slushly but there is no real mud. I witnessed about eight vehicles crossing the bridge comfortably at about 40 kms . They were not slipping or sliding.

Reports from at least 12 motorists who have crossed the bridge say roughly the same thing: “So far, so good… it’s holding at the moment…”

As these photos show the water level on the St Francis Links side is higher than usual but is still some 2 metres from the top of the far wall on the Humansdorp side.. The walls are strong and there are no signs of walls breaking on either side of the bridge. The water is flowing fast out of the pipes on the right hand side and the old bridge is still holding its crooked position.

There is no fast water flowing from the Links side to the bridge, just a gentle flow. And no other damage is visble.

Marius Keyser, district roads engineer, Department of Roads told St Francis Chronicle on Friday afternoon that the bridge road “should not get muddy if it rains since it has gravel over it.”  But he warned that if there are exceptionally high rains and floods like before, the bridge could be declared impassable or even be washed away again.

Keyser assured residents and visitors to the area that the bridge and road is being monitored by the Department of Roads and disaster management team members. “If  they feel the bridge is dangerous to cross at any stage, such as when there are  flood-like conditions, then it will be closed again,” Keyser advised.

Meanwhile, according to a spokes person at St Francis Links, there is no truth in the rumour circulating in St Franics that a Links’ dam or catchment area is so full that it is about to break. “All dams and catchment areas have been checked and are continually monitored and there is no full catchment area or dam that is likely to overflow or break,” the spokesman said. 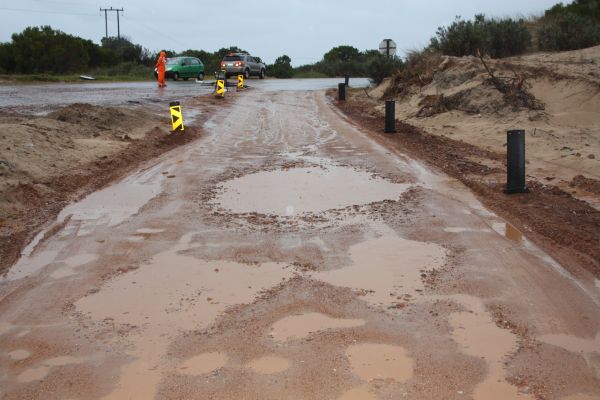 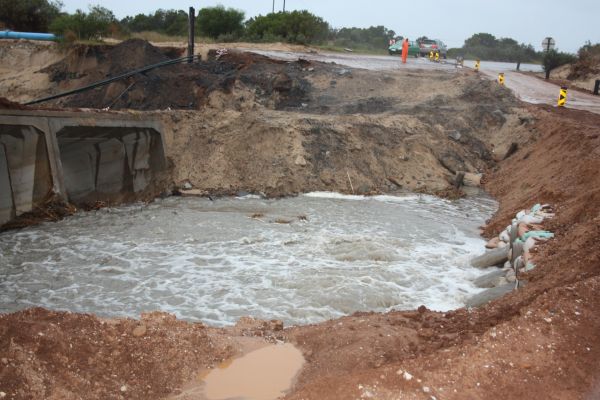 Water flowing to the Kromme under the old bridge.

All articles written, all photos taken, plus all adverts designed, by the Editor and printed in the St Francis Chronicle are protected by Copyright .  Reproduction or copying of any part of the contents of this newspaper and its concept and design can only be done with the Editor’s written permission.